C.P.R. Pest Management Services has been helping domestic and commercial clients in the Hunter to maintain pest free property's for over 25 years. A family owned local business, C.P.R. prides itself on utilising the latest management techniques and termite inspection tools ensuring environmental responsibility. 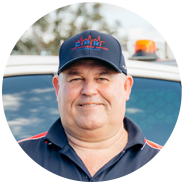 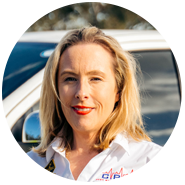 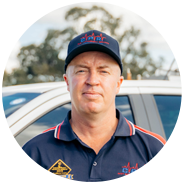 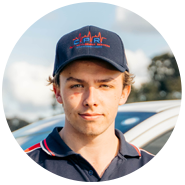 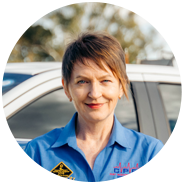 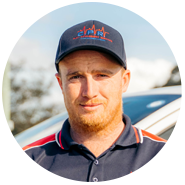 PAUL ENWRIGHT is the technical expert for CPR Pest Management providing expert consultancy in the field of pest management. He is a fully licensed technician with 25 years’ experience in the industry. As part of his role, Paul designs and implements control strategies and integrated pest management plans for the residential and commercial sectors. He has extensive knowledge of pest species, including the biology of a wide range of pests. Paul performs the majority of commercial and termite quoting work for the company.

Together, Kylee and Paul have created extensive networks in the pest management and real estate industries throughout the Hunter Valley. As representatives of CPR Pest Management Services, Kylee and Paul show their commitment to their community through sponsorship of local events.

Paul first started in the pest industry in 1992 as a warehouse manager of a pest supplier where he learnt all about the chemicals of pest management and the workings of commonly used pest management equipment.

During his time training 1997-1999 with one of Brisbane’s larger pest management firms he finished his course in urban pest control and became an open licensed manager.

Paul re-entered TAFE in 2002 when industry standards changed and pest managers had to be timber pest accredited and received his termite management qualifications which was now industry standard.

Paul went back to the class room in 2004 to gain his full certificate 3 technical in asset maintenance pest management which is the highest technical certificate a pest manager can have to date. He has also obtained his TAE40116, and engaged as an industry trainer and assessor.

Paul continued to work for various pest management firms until 2008 where he held positions from technician to technical supervisor.

In 2008 Paul started his own pest management company with his wife, CPR PEST MANGEMENT sub contracting to Australia’s largest pest control company offering pest control to some of Australia largest organisations. In 2009 Paul and his family moved to singleton in the Hunter Valley to start up another branch of his growing business. He stopped subcontracting in 2010 to concentrate fully on growing the C.P.R brand in which time he has gained a good clientele of medium to large business and of course a large volume of mum and dad domestic customers.

In his 25 years of pest management Paul has gained a multitude of industry accreditations some of which include: Exterra termite baiting, Termx reticulation systems, Termatrac, Home guard precision barrier and many more to mention.

KYLEE ENWRIGHT is the Director of CPR Pest Management Services, which commenced operation 10 years ago. As Director of CPR Pest Management Services, Kylee employs her skills, experience and judgment to successfully promote and achieve business objectives. Kylee has considerable experience in sales, marketing and management, and is responsible for the development of the marketing strategy for the company.

Her role encompasses overseeing all day-to-day business activities, the finances of the business and ensuring all statutory filing obligations are met. Kylee recently received acknowledgement for her work in promoting women in the pest Management industry, receiving the (inaugural winner) of the Professional Women in Australian Pest Management- Excellence Award. Kylee also holds Certificate III in Pest Management.

Kylee is the Director of CPR Pest Management. She started the company in 2009 with husband Paul with extensive experience in retail sales rising to the position of store manager; she decided it was time to start working for herself rather than a boss. Kylee has since been extending her knowledge base by reading text books, industry magazines, sitting in on industry sales presentations and courses. Kylee regularly goes out in the field when there is high demand or to train new staff.

Kylee is a committee member of:
Vice Chairperson for AEPMA NSW/ACT
Singleton Business Chambers
Kylee continues to advance her studies in pest management and has recently just come back from the Pestworld conference in America and have obtained her TAE40116, and engaged as an industry trainer and assessor.

Matt has worked in the pest control industry for approximately 15 years and has been in the employ of CPR Pest management since 2016, employed on a permanent full time basis.

Harrison is the newest team member and is a qualified Pest Technician with units 5,6,18, 8 & 10, and is working towards completing his certificate 3 in Pest Management, Harrison has been with CPR since August on a full time basis.

ALLYSON WATSON, who came to CPR Pest Management Services in 2017, with extensive experience in a diverse range of industries, in particular with a significant tenure in mining, currently holds the position of Office Manager.

Tim is a qualified Pest Technician and has units 5,6,18 and 8&10 and is working towards completing his certificate 3 in Pest Management, Tim has been with CPR since early 2019 and employed on a full time basis.

Tim is customer focused, and provides a very through pest service 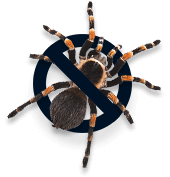 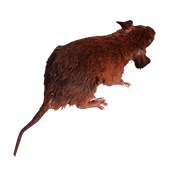 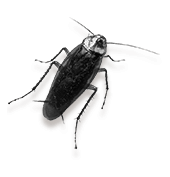 Slade Enwright
Absolutely amazing experience using paul/kylee and their amazing friendly team!! Hands down best pest control company in the hunter/newcastle area. They’re the complete package with their competitive pricing , great customer service and family touch. With a willingness to come back if the problem is not solved. Their knowledge and quality is second to none. Couldn’t ask for more from your local pest service.

Sarah Gebron
Got my yearly pest control done, after the treatment i noticed my house was pest free!
OUR SERVICES

GET A FREE QUOTE 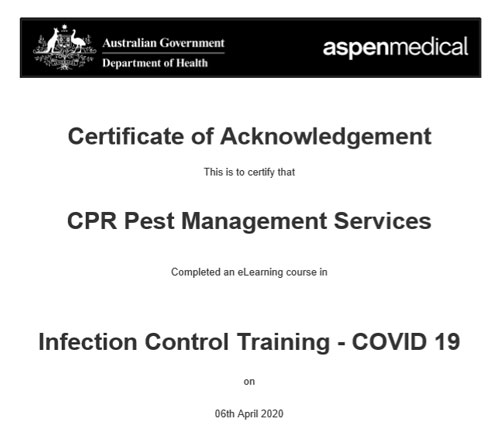